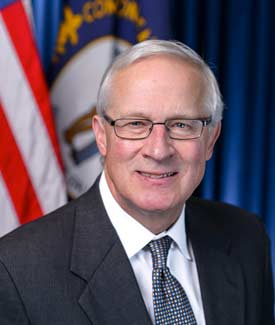 (BARDWELL): The West Kentucky Alliance for a Vibrant Economy (WAVE)’s second biennial Confluence — which will be held on July 19-20, 2018 at the Carlisle County Cooperative Extension Center in Bardwell – is proud to announce its second wave of speakers. The WAVE initiative was launched in 2016 by the four River County judge-executives to seize the economic advantage posed by the opening of the newly expanded Panama Canal, and the expected long-term increase in Mississippi River export/import traffic.

WAVE II’s theme is “Grow with the Flow: The Confluence of Agriculture and the River .” Held in conjunction with the region’s annual “Ag Day” celebration, the two-day event will focus more directly on the economic opportunities that are shared by the river industry and local farmers.
Last week, WAVE announced that we will be joined by a stellar lineup of federal, regional and local officials, including U.S. Maritime

Today, we are proud to announce the following additions:

• The Honorable Scott Brinkman, Secretary of the Executive Cabinet for Governor Matt Bevin

To RSVP, please click HERE to reserve your seat at the event for FREE.